A Star is Born

Today's stuff on my cat has my Zeno featured with her little green friend. I'm a proud mom today.

(Brisco's pretty cute too.)
Posted by Catherine at 9:31 AM 2 comments:

Packing for a trip is always daunting for me. I don't like overpacking, but when I try to minimize, something is always missing. In the past few years I've had two long weekends where I had too few garments to choose from, and though it's good to simplify it was just ridiculous (especially the time I fell in mud in my only jeans. Otherwise I'd packed a skirt, and that was it. Rather pathetic.)

I'm not too worried. This time, though, I'm trying to figure out which books to bring with me. I won't be entirely bookworm, of course, but I must have my books. The question is, which ones? Lately I've started a few that didn't take me past 50 or so pages. It wouldn't be so wonderful to carry unreadable materials. At the moment I have a truckload of books out of the library, and I haven't quite gotten into any of them. By Saturday I have to be hooked on at least two or I will be hopeless!

Last time I went South I bought a bunch of magazines in the airport. I really need to refrain this time. Such a waste of space and money. Anyway I have some non-glossies I need to catch up with, as well as two tea magazines.

Did I mention it's the first time I'll be flying alone? I'm not worried too much; the flight is short and there's Direct TV.

It's fun to be concerned with trivial matters for once.
Posted by Catherine at 10:50 AM 4 comments: 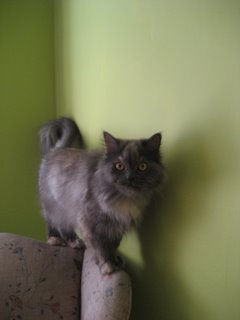 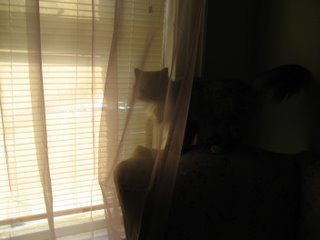 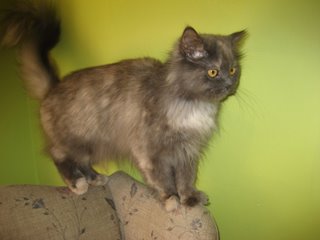 Hope you all aren't sick of these pics...I'm the annoying proud pet parent, what can I say?
I don't like what she's doing with the blinds, though. 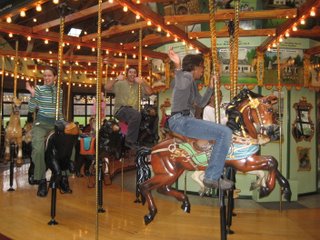 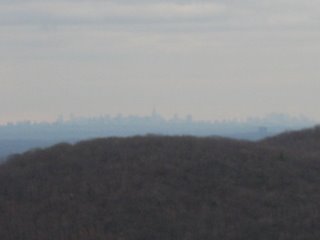 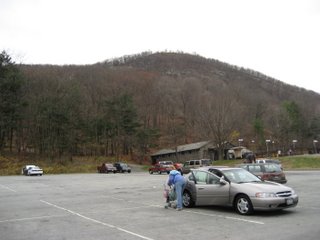 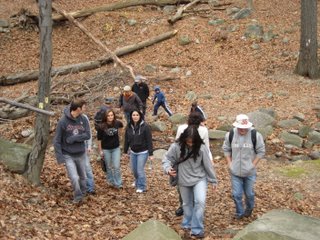 The most amazing thing about the trek up and down Bear Mountain was that I suffered minimal soreness the days following. Surprisingly the only discomfort that hung around for a while was in the abdominal muscles. Well, I guess all the times I had to sit up from crawling on all fours...maybe that's why the mountain is named after an animal because I didn't see any bears. They probably couldn't make it downhill anyway. I did, thanks to a lot of help. The crisp mountain air was certainly a plus for my lungs.
And who doesn't love a carousel?
Posted by Catherine at 9:34 PM 6 comments:

Email ThisBlogThis!Share to TwitterShare to FacebookShare to Pinterest
Labels: Going Away, NY NY 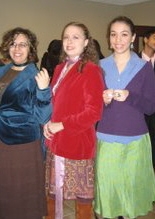 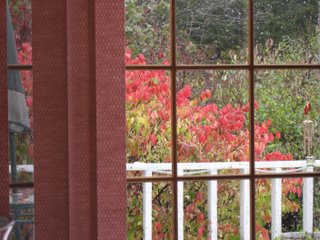 I can't believe it took me this long to write about this series. It's the Big One...taking up a great deal of my childhood, from the books to the television series.
I loved every single one of these books, although The First Four Years was slightly depressing, and I guess so was The Long Winter. But I really had no problem reading about hardships from the comfort of my air conditioned bedroom - most of my big reading was done in the summer.
It was fun to compare the books with the TV series. The real Pa had a beard: Michael Landon had an afro and very active tear ducts. Mary handled going blind gradually like an angel: TV Mary was hysterical. I guess the main difference was the melodramatics, but that certainly didn't stop me from watching the show, pretty much in reruns.
The description of school life on the prairie was daunting. They seemed to have a lot stricter regiment of learning and memorization than we had in the City of New York. Everything was harder for the "homesteaders", "pioneers", whatever you like, but they complained very little and were much more thankful for little things. Nothing was wasted.
Most of all I loved the courtship of Laura and Almanzo (can you say that name with a straight face?) If you see real photographs of the couple, they may have looked stern as so many photos in the past portrayed people, but not bad looking at that.
And I found the real Nellie Oleson to be slightly more diabolical than the TV one, in a subtler way. (Names have been changed.)
Posted by Catherine at 12:00 PM 2 comments:

They call them kitlers!
Posted by Catherine at 11:35 AM 3 comments: 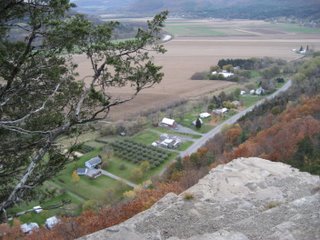 Just wanted to share a few more shots from a loverly weekend. 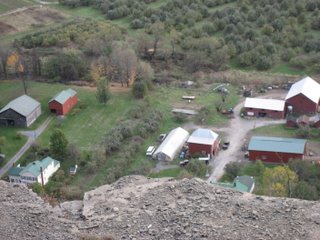 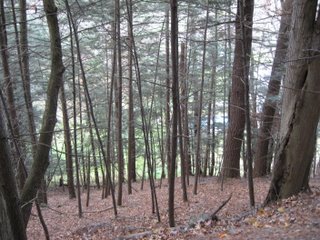 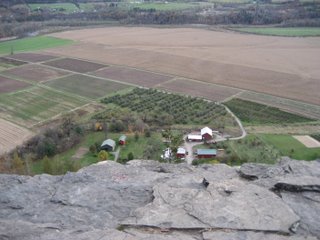 I found a pigeon blog today. Though I'm quite taken by the London pictures, it made me realize how far I've come in some ways.

I used to be deathly afraid of pigeons. Ask my sisters. If I was walking down a street and a pigeon was in my path, I would freeze until someone chased it away. That's kind of silly, actually: why would I want to resemble a statue to a pigeon? Later on I learned to stamp my foot and they'd get freaked out and fly away.

What was I afraid of? Well, that Alfred Hitchcock movie didn't help, but I think it was their eyes. Their sudden takeoffs weren't exactly a balm to my nerves either. There was a strange nightmare I used to have about pigeons being in my bed, and I'd fling them and they'd be rubbery. I should not have been eating Breyers at night.

As time went on my paralysis wore off, but I've always had the paranoid idea that they had it in for me. I saw one peeking its head at me around a train trestle once, and a few minutes later I saw he'd left me a little gift on my jeans. Nice.

Pigeons used to nest on the living room air conditioner, which the cats loved, and I learned to deal with it until the day my Dad brought a baby pigeon inside to relocate it to the roof. I was not pleased. Dad had such a soft heart for all living creatures.

Nowadays I can deal with the flying rats, and I even find some of them cute. I guess compared to waterbugs, anything is adorable.
Posted by Catherine at 10:28 AM 5 comments:

I Can't Get Enough

I have yet another blog, this one is all photos:

It's in no particular order, feel free to guess when and where in your comments...
Posted by Catherine at 4:22 PM 2 comments: 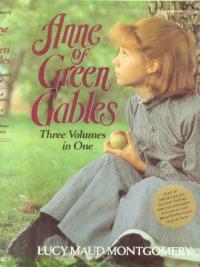 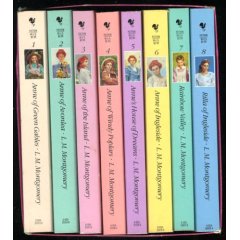 My early teens were filled with Anne of Green Gables. I don't know why orphans are so appealing to young people, particularly red haired ones, but for some reason I was obsessed.
Anne Shirley, L.M. Montgomery's most well-known character, is a highly imaginative, intelligent girl who ends up in the home of the Cuthberts, aging brothers and sisters who really wanted a boy to help them with their work. Of course, they are won over by Anne, though Marilla is quite disapproving at first. On the TV version Marilla is played by Colleen Dewhurst, whose name was an influence on my Dad's nicknaming Baby "Duforth". Seriously.
The first book is probably the most captivating, and certainly put Prince Edward Island on the map for me. We meet Gilbert Blythe, who obviously has a thing for Anne but is shunned by her for calling her "carrots" upon their first meeting. Anne is so sensitive about her hair color, even though I envied her and even considered dying my hair when I was old enough. (I kept my hair natural, though, and will continue to do so until the greys start taking over. Maybe then I'll go red?) Anne's obsession with puffed sleeves makes the reader sympathetic: she's a bit unusual, which is a good thing, but most teenagers would rather be normal than anything else. I can't read the account of Matthew Cuthbert's death without losing it each time.
Bonnie and I had a little competition regarding Anne. First, who would finish the series first? I did, by a close margin. That sort of thing really doesn't matter to me anymore, but I think I had a little pride, being the older sister. The other issue was who looked more like the actress who played her? Back then, she did: I looked like Napoleon Dynamite. Recently then, someone told me out of the blue that I looked like the actress, and though I wasn't as excited as I would have been 15+ years ago, it was still kind of cool. Though last time I saw her was as an arsonist on Law and Order. Yikes.
I've read most of L.M. Montgomery's books; there's Emily, Marigold, Pat, Jane...but Anne will always be the big one for me.
And how funny was it when she was forbidden to see her "bosom friend" Diana because she'd accidentally made her drunk?
Posted by Catherine at 4:03 PM 5 comments: