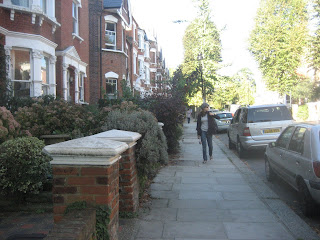 Beautiful neighborhood! Can't imagine the mortgage prices in such a place. 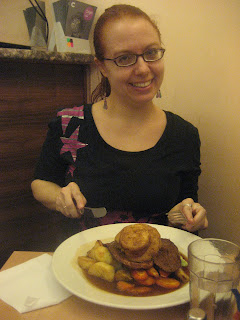 My very first Yorkshire pudding. It's just a bready matter that went with the Sunday roast. The whole meal was really satisfying, especially after that heady walk in the park. I'm gonna attempt to cook my own roast sometime soon. Oh, and I guess we have proof I'm not a vegetarian! 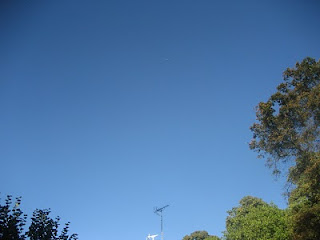 Blue skies, no fog in sight...take that, London naysayers! 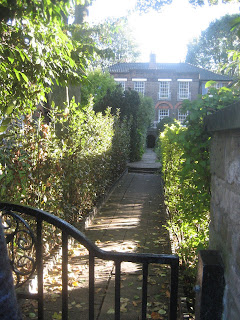 Words cannot express...
Posted by Catherine at 7:35 AM 1 comment:

HH2 (Of London Part One) 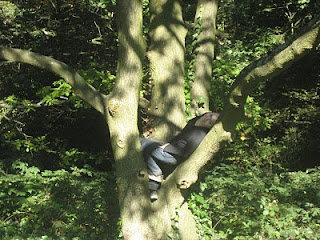 Such a relaxing place to hang on a Sunday afternoon! 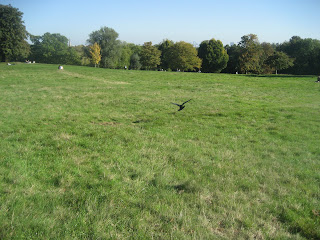 The first of many crows/ravens I saw during my London stay. I never see them in New York. Well, maybe once or twice. 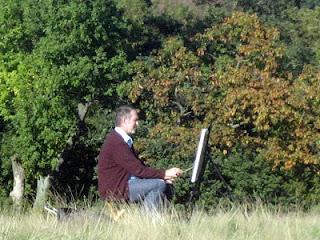 I'm obviously not the only one who found Hampstead inspiring! 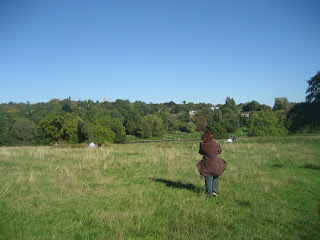 Fancy a walk?
Posted by Catherine at 9:32 PM No comments: 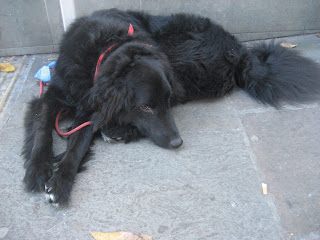 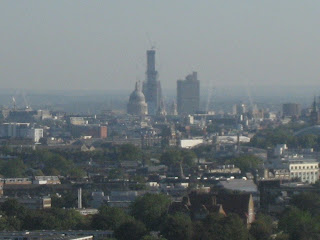 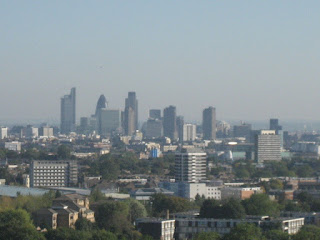 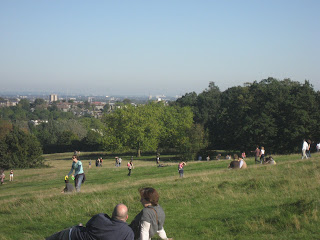 This was the most crowded part of the park. 'nuff said.
Posted by Catherine at 9:11 PM 4 comments: