I've been noticing a rather annoying pattern lately. Sometimes I give a glowing, or at least positive review of a tea place or shop that I've visited, only to find that one of the next times I go there I regret it. I'll start with the most recent, and the most hopeful.

Coco Fresh Tea and Juice: Still love their bubble tea, but found that their service is becoming slower. Also, the green tea I ordered was pretty bad, like it hadn't been mixed properly. I had to add extra ice from work and stir in a second cup, which kind of defeats the point of the packaging. I went there with my sister this week, though, and she had no complaints about her order this time, so though I'll proceed with caution, I'm leaning toward forgiveness in this one.

Argo: This happened a while back, but I went to the Flatiron Argo and hoped to return. Then I went to the one near Columbus Circle. My first time there was fine, but the second time, something happened that I probably shouldn't take personally, but hey, I'm sensitive. I saw everyone in front and in back of me being offered a frequent visitor card, including my friend who was less of a regular than I was, but when it was my turn the service was somewhat sullen, and they didn't offer me a card, despite my being as pleasant as possible. I know it's not the biggest deal, and I'm not gonna cry 'boycott!' but it just rubbed me the wrong way. I figure since they don't have a branch in the immediate vicinity of my place of work, I just won't make the effort to visit them when I am in the area. I'll go to Starbucks instead. Yes.

Art Brown: My mention of this place here was a few years ago, and usually I go there without incident, but something happened two weeks ago that set off my Spongebob Crankypants.

I usually look forward to going here, with all its marvelous pens, papers and gorgeous inks. When they moved from 46th to 45th street and I thought that it had actually closed for good, I nearly wore mourning garb.

It's hard to share my enthusiasm with others..."you paid how much for that pen?" so you can imagine my excitement when my sister Bon accompanied me to this shop. She's more of a pencil person, but I thought I might be able to convert her (no pen intended) by showing her the small selection of Platinum Plaisir fountain pens, available in pink and violet. I sang the praises of the violet one that I own: for only $20, this pen is practically perfect and writes so smoothly. So, Bon goes to test the pen (it's not pricey enough to keep in the display cases), but as she didn't see the tester paper right away she tested it on a nearly bit of cardboard. Now it's not like there was ink in it, and knowing my sister, she doesn't press hard enough to damage the nib, but one of the men working there sees her and says in a scolding tone, "Don't do that." It was a real deal breaker. After that she put the pen down and waited outside for me to purchase my inks.

Now I'm stuck with a dilemma. Sure, I can order inks and other pen-related products online (Jet Pens has a bigger selection of the Plaisirs,) and there's a Joon Pens nearby (though their ink supply is not quite so voluminous.) But the way the man talked to my sister really put a bad taste in my mouth. At least in the cases of Coco and Argo, the service wasn't horrible, just a little off. In the case of Art Brown, it felt like we were being treated like children. And that makes this the roughest pill to swallow. I've spent more money than I should've in this place, and given glowing recommendations. In that one sentence, though, I've become completely turned off. But it's annoying to have to pull a self-imposed exile on principle. And the man who rang me up was polite, and has been helpful in the past. I guess I'll give this one a little time and see how I feel. I know my sister won't be returning.

Rant over for today, I can be my smiling self now.
Posted by Catherine at 1:55 PM 1 comment: 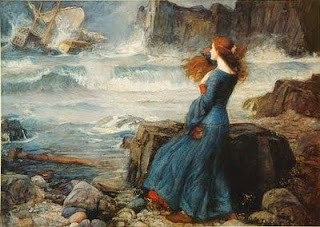 I started this blog on 19 April 2005 with the title "Here I Am!" Thought it needed a brief mention. Stay tuned...rant coming soon!
Posted by Catherine at 9:24 AM No comments: