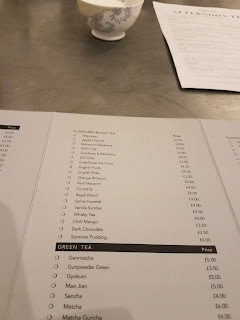 Ten days in the UK ought to do it.  My entire list should be covered.  Right?

I will never, ever get everything done.  Even if I kept a modest list, there are circumstances: weather, expenses, time in general, energy levels...and then there's the TBR factor.  I'm referring to my To Be Read pile of books at home.  Even if I managed to read everything I owned (and that'd take superhuman effort), there's always a new or new-to-me book to add.  London (and now Edinburgh) are the same way.  I've "accomplished" much on my past few visits, but then new discoveries peek out, clearing their throats until they catch my notice.  Often it is all too late at that point.  Here are two spots that will have to wait til next time:

wait, Whittard?  I've been to many of their shops, and have the ancient tins to prove it.  They're merited at least one visit every trip since 1998.  The Covent Garden branch has been well darkened by my eager footsteps over the years.  However, said branch only recently opened up a fully-fledged tearoom!

Thrilling though this news was to me, I only discovered it on the last full day of my trip, and I had reservations for the Sherlock Holmes afternoon tea to look forward to, so I couldn't just sit there and truly get the experience.  I was able to sit and have a cuppa, which as you can see came with little timers in order to brew properly.  Usually, I think, they have minimum requirements, but it was Sunday morning, so I guess they were lenient.  It was only a taste, though, and now I want more! 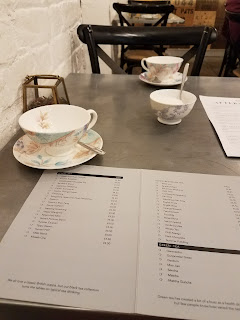 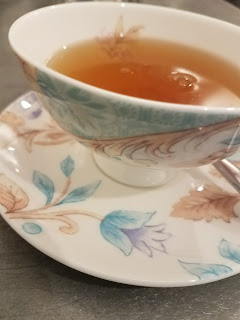 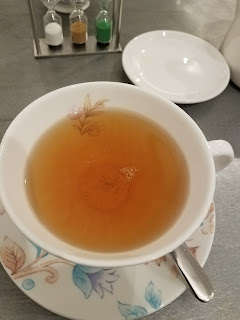 During a crazy long walk on our second day in Edinburgh, we happened to pass Maison de Moggy, which from the outside looked like the cutest cat cafe imaginable.  Sure, I've been to Lady Dinah's and Meow Parlour, and would go back to either in a heartbeat, and the Brooklyn Cat Cafe is beckoning, but I believe this is the first place I've seen a hairless cat in a cafe.  That's enough motivation for me!  I follow them on Instagram now, of course, and now I want to go even more as there's a cat that's looks a lot like my old Duforth.

When I go away, I don't miss home that much, except for the convenience of being home that you can't even find in fancy hotels.  I'm honestly not gone long enough to miss anyone, with the exception of Zenobia.  My sister Pam ends me pictures of her when she looks in on the furball, which, helps,
but I still generally ache for the floof.  Going to Bon's in Texas affords me her handsome guy, Kombucha.  Seeing the eponymous moggies in the window (though moggy tends to refer to non-pedigreed cats, and these guys were all somewhat fancy), was a nice holdover, but a petting session would have set me up well at that point.   I also think there would be some pleasing tea and cake inside, albeit laced with cat hair - but I'm used to that!  Yes, I am single and over 40.  Deal with it. 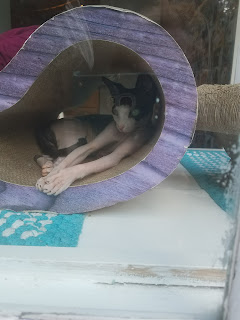 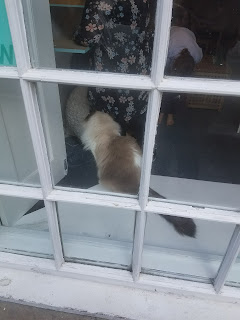 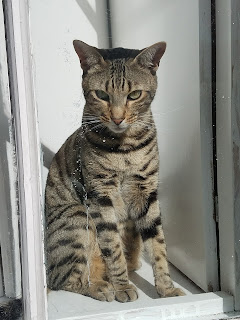 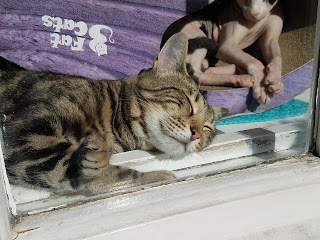 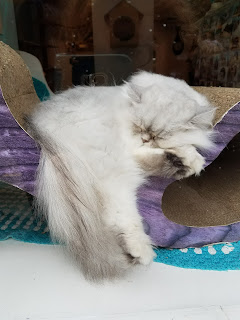 The list continues.  I almost made it to Leadenhall Market, but almost doesn't count...we passed the Globe theatre while a play was on, and could hear some of the performance, but I still haven't been in the audience.  There are many parks in London and Edinburgh I haven't strolled in, and so many museums in Edinburgh that will have to wait, hopefully not another 23 years. 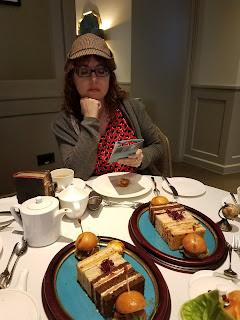 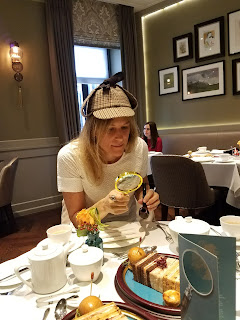 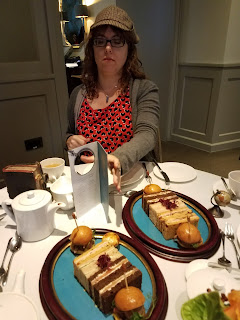 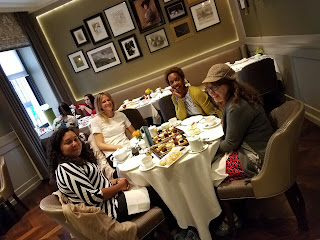 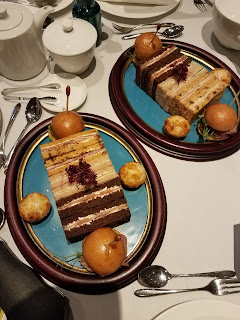 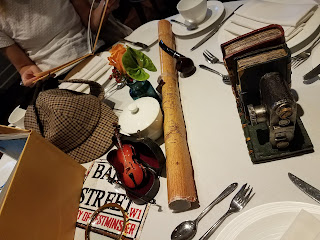 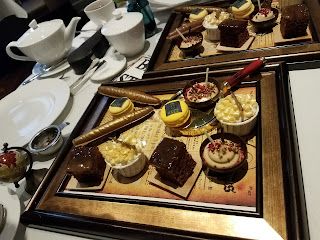