I just read that Teany, one of my favorite tea rooms and a fantastic place for vegetarian tea lovers, is closed temporarily due to a fire. It happened months ago, and I just found this out now. I need to get back in the loop! Anyway, here's hoping they reopen real soon. I'm due for a Teanyccino!
Posted by Catherine at 1:58 PM No comments: 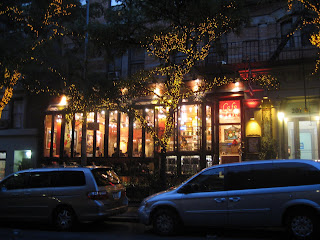 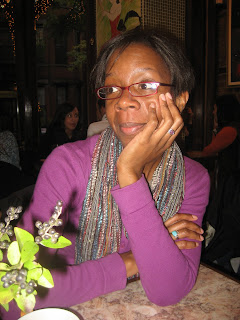 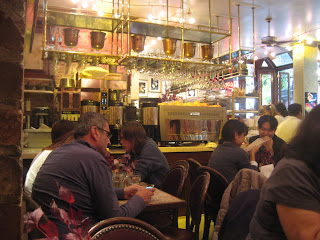 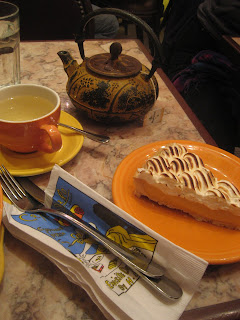 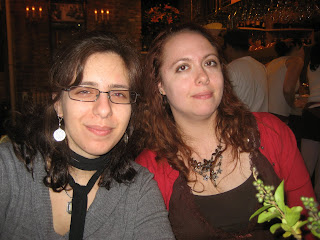 Among my goals, some of which are actually important and some of which are just for fun, finding every tea place in New York City, visiting them and reviewing them is one of my favorites. It's also kind of an impossible dream, as restaurants of all kinds are constantly in flux - the minute you hear of one, it closes. I never did get to The Harlem Tea Room, and it kills me that I have yet to see Lady Mendl's - there's no excuse for that. Still, the pursuit is part of the pleasure, and I have plenty of sources with which to continue the search. Certainly blogs from other tea lovers have been helpful, and listings such as Teamap are fantastic. Through Teamap I heard of Cafe Lalo, on West 83rd Street. I used to work around the corner from this place, but I obviously never noticed it. Others have; in fact, it was used in a scene from You've Got Mail. So it's obviously been around for a while.

Cafe Lalo is not actually an all-out tearoom, but I suppose it's listed because you can get tea in a real Yixing-type iron teapot. It's not loose tea, but the bags are from Mighty Leaf which is the pinnacle of good tea in a bag. Also, Lalo is known for its plethora of pastries and other desserts, which makes for a good teatime. If you are there in time for brunch, you can order the British Breakfast, which comes with a scone and some aria-inducing Devon cream. So yes, why not deem this a tea destination?

I paid two visits in the space of a week, because I missed brunch the first time. Because of this I found out that their grilled sandwiches are worth it - complete with roasted potatoes and a salad, which at $10 is a value nowadays. The lemon meringue tart is just a pit too tart for me, and too sweet for my teeth. That was just a matter of taste, though.

As for the brunches (always a favorite topic of mine,) the menu runs around the world. Obviously mine was the British, which was okay but really the scone was what made it. Bathy enjoyed the French one, but Daphne's Dutch Breakfast was good but not big enough (I'm not knocking the Dutch, it's just the name.) Though everyone's desserts were good, I still kind of wish the brunches would have offered a little more: what, no Mimosa? But I'm reminded that it was real estate we paid for as well. It's close to The Park, and an easy distance from plenty of movie theatres (what movie did we see? Let's just say "it" was better than I'd expected. I thought the Cafe itself was really cute, and had good window and people-watching views. So, all in all, I say give it a visit when you're in the area. And bring cash; no cards accepted.
Posted by Catherine at 2:00 PM 1 comment:

Time to humiliate my cat again 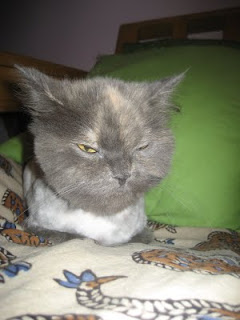 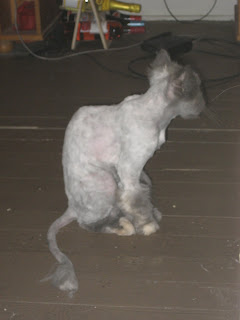 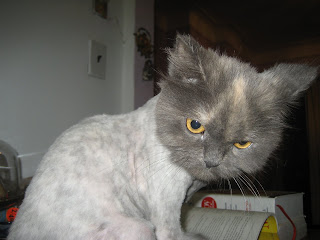 She had it coming...

maybe next time she'll let me brush her...

at least there's no more tumbleweeds of fur.
Posted by Catherine at 12:00 PM 3 comments: