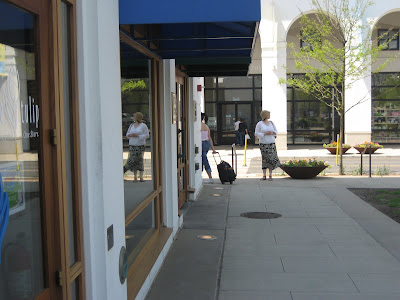 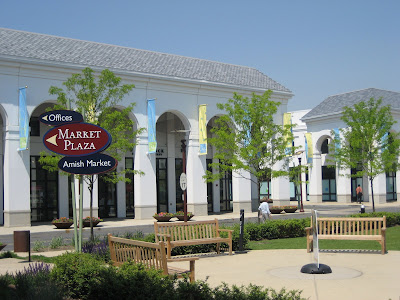 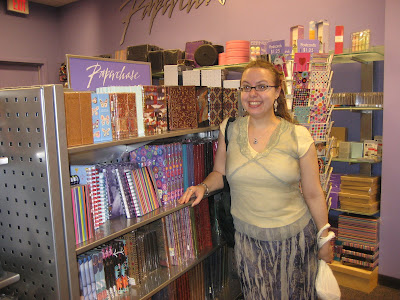 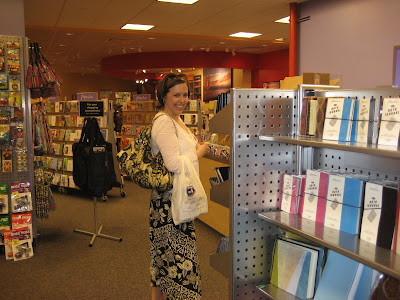 There's a new shopping area in Glendale called Atlas Park Mall. When Pam took me there today, for a moment I was kind of disoriented. It reminded me so much of West Palm Beach, what's it called, something-center, and with the heat we might as well have been in Florida. The Amish Market kind of brought me home as we have one of them near my job.

Of course, the highlight for me was Borders. I know we have these all over the city, but I rarely get to one. It's always been slightly better than Barnes and Noble, but this time I was blown away by the Paperchase section. Here I am surrounded by stationery and all kinds of blank books and, well, stuff, that I thought that was why I felt excited. Then I realized this was Advanced Excitement. It was like I did one of those fast launches on Google Earth. I flew from West Palm to West End, London in mere seconds. Why? Because the Paperchase shops I'd been to were in Covent Garden and the Strand. Too bad Atlas Park didn't have a Wagamama; I'd have been fully away with the fairies this afternoon.

On the drive home we passed through Glendale. Now I was fully back to reality, or was I? No, I was kind of passing through Memory Lane - approximately 1996. Meh.
Hope you had fun Trippin' with Gata.

Posted by Catherine at 7:49 PM

Glad you had fun transporting!