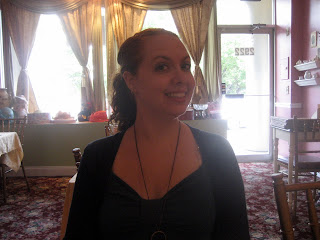 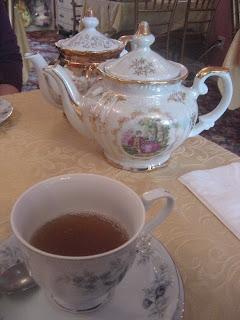 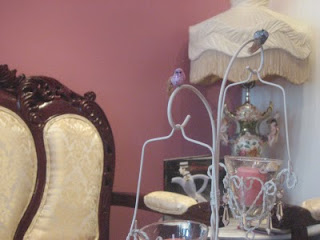 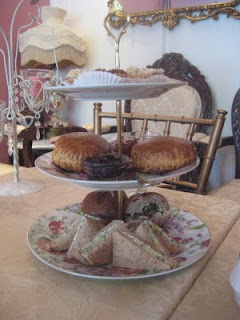 I may have a different view of Florida than most. The average vacationer to the Sunshine State goes there to relax at the beach, maybe visit a spa, play some golf, or party on South Beach till all hours of the night. At least that's what I imagine people do; I was such a mediocre travel agent because I really don't understand what the typical traveller wants out of their trip. The closest I get to this demographic is the occasional shot I'll take next to a famous site (I was thrilled to be photographed next to Cinderella's Castle in Disney World but have no desire whatsoever to return. It was just one of those things.)

My only reason to book a flight to Florida is to visit good friends. I don't hate the state, but otherwise it's not really the Catherine destination. I do have some good memories of my previous visits, and they usually include going to the beach or going to a tea room. So when I did both of these activities on a recent Friday in Long Island, I imagined for a moment that I'd hopped on a Jet Blue flight, sans the cursing flight attendant (that's old news already, isn't it?) But no, this was not the case; I was at Jones Beach with Pam, and later at Teapot in Bellmore.

Besides travel agent, a job description that I'd contemplated but might have trouble with is restaurant critic. I love good food (which is the most banal four words I can utter; who doesn't?) and I enjoy finding new spots to eat, especially tea rooms. But I'd hate the part of the job where I'd have to look for something to criticize. Though I'm given to whining about prices, or the dearth of clotted cream (this is coming up), I have this ingrown terror of hurting a chef's/restaurant owner's/staff's feelings by pointing out what I really didn't like. So I'm going to stick to what was good, and gloss over the negatives as much as possible.

Of course Pam and I had the Afternoon Tea for two. Here you get a choice of two sandwiches and two different kinds of pastries. The scones are just the plain kind, but two types of jams add to the variety. Where was the clotted cream? Sorry, the critic just showed up. I'm shushing her as I write this. Anyway, I thought the scones were good; very home made tasting. The sandwiches were also substantial. One in particular, The Henry, was downright hearty. I'm guessing they are named after Henry VIII. The Elizabeth was a cucumber sandwich, with herbed cream cheese. They were dainty and We Were Pleased.

I was also impressed by the generosity of the teapots. We had a pot of decaffeinated lavender Earl Grey, and a peach flavored black tea, and we didn't come anywhere close to emptying the teapots. They live up to their name, for sure.

Teapot is on a strip of shops, which I suppose made me think of Florida as well. The interior had Victorian decor; by that I mean if someone looked for ideas in a Victoria magazine circa 1991. It was a bit much for my tastes, but this is not a criticism...it's an observation. The bathroom (very clean) had a hand lotion called "Drenched in Pink." Quite appropriate.

A morning at the beach, followed by tea, is an art form in itself. You don't want to drag a drenched, sandy self into any nice eating establishment. I'd like to think my sister and I managed to pull it off. And I'm as pasty white as ever!
Posted by Catherine at 8:00 AM

Fun to read post, as usual. Just want you to know I'm enjoying all your recent blogs, even if I haven't commented in a while.

Nice to know there's decent tea establishments in Long Island, and not just on Manhattan Island :)