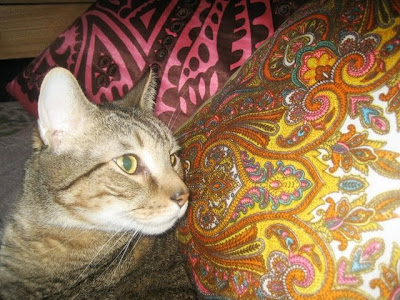 Posted by Catherine at 7:04 PM

I loved Moofer. He was a beautiful boy. So sweet and lovely. You took such good care of him and he lived a good life. I miss him.

I'm so sorry for your loss. Just from reading your blog posts, I know that Moofer was very loved and well cared for.

He was such a sweet friendly lovey dovey. He was very loved, lived a good life, and went to sleep with those who loved him most. Not a bad way to go. We should all be so fortunate.

Awwww, it's always sad to lose a pet :( I'm sending you hugs.