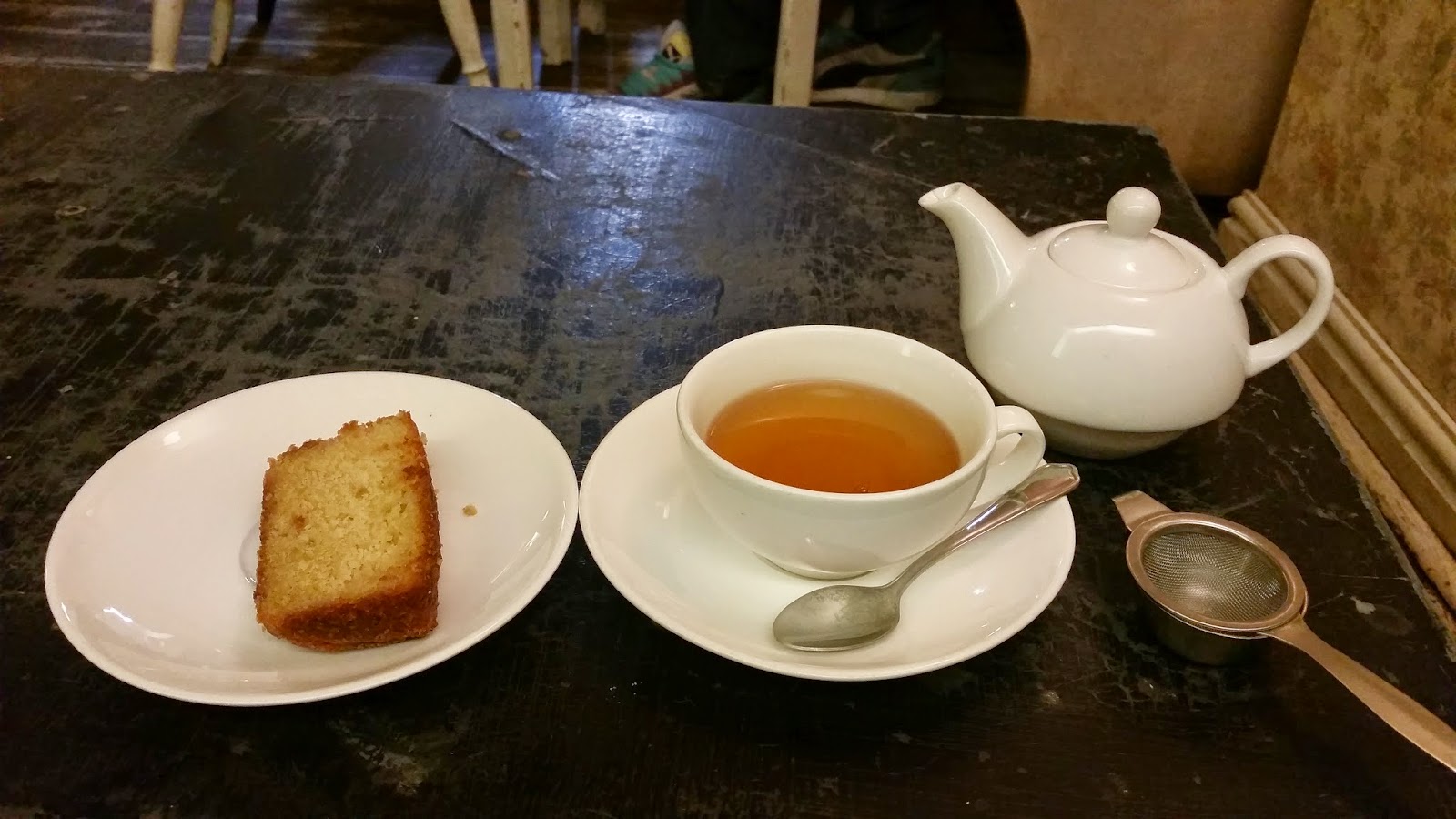 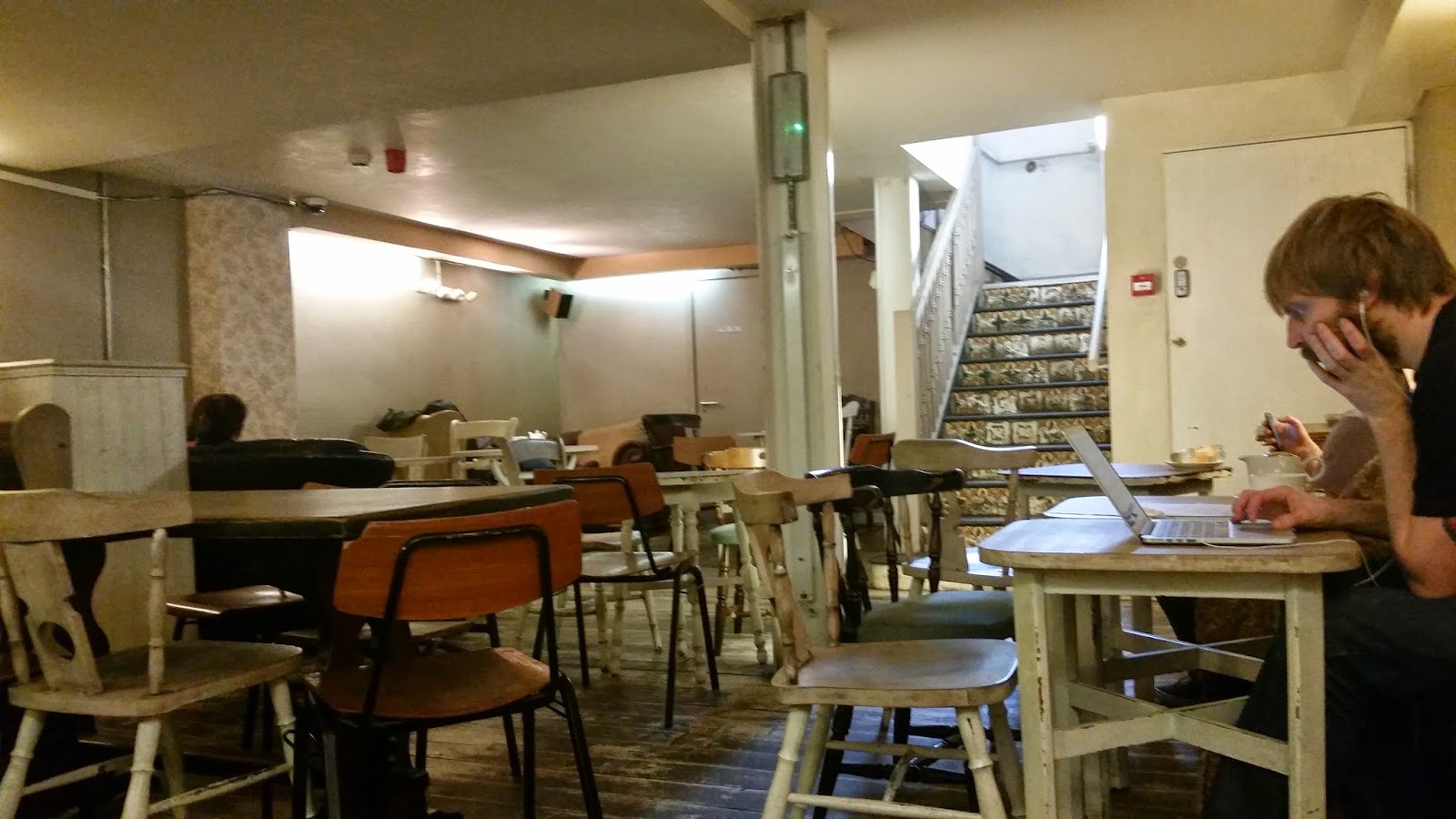 Like I mentioned before, London 2014 did not see me partaking in any afternoon teas.  This doesn't mean I don't like them anymore, but I find they're a bit much on my stomach, and I wanted to be in excellent shape this time.  Well, it worked: I was in good health pretty much the entire week.  There was no shortage of cups of tea though, and here's another spot I was able to try for the first time.

I'm not a manic yelp-er.  Oftentimes I find my opinion isn't the same as others'; for instance, too many people have less than kind words for Tea and Sympathy's service, whilst I've had as much satisfaction with the staff there than with most places I frequent.  Still, in my planning for London I did search on yelp for tea shop locations, as it's more or less up to date.  I read many rave reviews for Yumchaa, and particularly for their lemon drizzle cake, so after an invigorating walk through Hyde Park, and Oxford Street (which wasn't too bad in the late afternoon), I veered off a block to give it a chance - and to get off my feet.

The ground floor of Yumchaa has more of a communal feel to it, which is not my preference.  And straightaway I was able to assess that this place was more in line with an Argo or Communitea (RIP) than an Alice's or even Muffin Man.  I don't mind; sometimes I like to deal with ordering and paying and not having any further human contact for the duration.  I went for a tea called Regents Park, because London, and because I was in a fruity tea mood that day, and the lemon drizzle cake, and headed downstairs where there was ample seating.  I had a Chesterfield-ish couch to myself, and plenty of time to unwind with my favorite trifecta of tea-cake-books (scones come in a close second to cake.)

My experience was just fine. The cake wasn't as legendary as it had been described, but it was good, as was the tea.  Everyone else who was sitting downstairs was talking about hipstery things, or as you can see in the picture above, looking like they were thinking about hipstery things.  It put a mild damper on my time there, but it was expected.

I understand there's a few other branches of Yumchaa, and I'm glad for that.  One thing I will always agree to is a surfeit of tea spots - and as for this branch, well, it never hurts to have a little sanctuary from an otherwise overbusy shopping area.  A proper tea from a pot is always a plus, too!  7.5/10 teaspoons.

Posted by Catherine at 3:36 PM

"...looking like they were thinking about hipstery things." Lololol!!! 😂😂😂