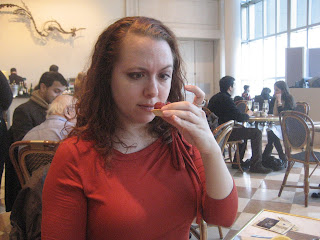 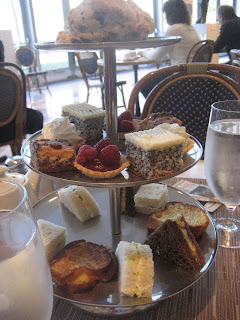 Did I mention the food in the above photo is for two?
Posted by Catherine at 4:30 PM

Strangely in the picture it looks like more food than it really was..still it was way too little for the price. And it wasn't even as good tasting as other afternoon teas I've had. But the company was good :) and so was the ambience.
At least we got a laugh out of it.