Crazy Long Walk: All Over London!

I've made all kinds of references to that day I really really walked in London, aka The Day I Kept Falling Down.  This was on the Thursday, though technically I did the most walking on Saturday.  How do I know this?  I've been wearing a tracker on my shoes since November (it's work-related), and it reported 24,027 steps for Saturday and only (!) 20,996 for Thursday.  It felt like more on Thursday, I think, since I covered a lot of territory, and got a little lost more times that I can count.  In the early part of the day, though, I knew exactly where I was going.

In the morning, I got off at the Embankment tube station, which is one of my favorites, as it's got all kinds of views to welcome you.  I covered the Strand, another beloved street of mine, and then I found myself on Fleet Street.  It was only a matter of time before I was standing in front of St. Paul's Cathedral.  From there I crossed the Millennium Bridge.  This might be the first time I'd done that, though my memory is not perfect with respect to bridges.

The bridge itself isn't gorgeous, but it has enough postcard-worthy views to make this London fanatic swoon! 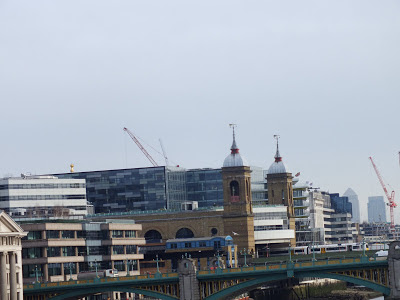 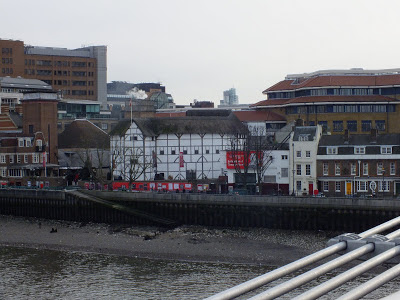 The new Globe Theatre.  Someday I'd like to see a play here.  I think it would also be fun to walk on that little 'beach', but it was too cold in December. 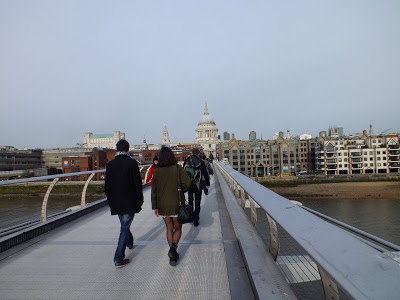 Looking back at St Paul's. 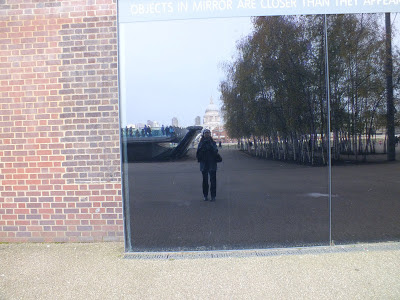 This big mirror is outside the Tate Modern.  I did go into the museum, but what I saw there didn't float my boat. 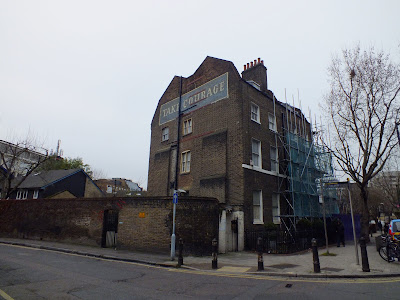 When I stayed near Woolwich in 1998, we'd take the train in to Charing Cross Station and we'd always see this building with its 'Take Courage' sign.  This is the first time I actually stood right near it. 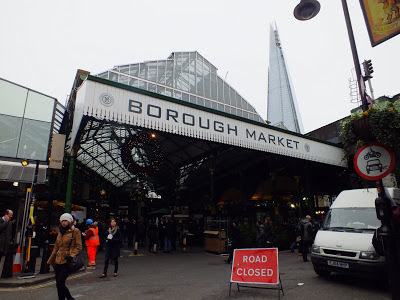 It was a treat to wander around Borough Market - I don't know why I'd never come here before.  What a foodie paradise!  And there's 'The Shard' asserting itself already. 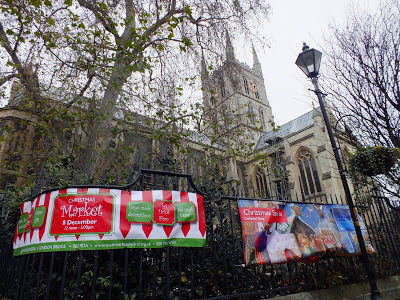 Southwark Cathedral.  I only took this picture because it was on an episode of Doctor Who. 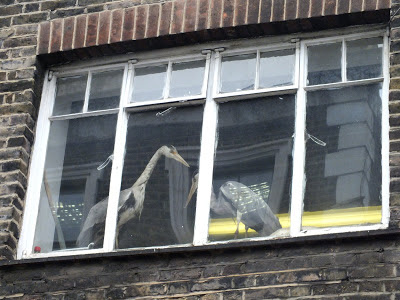 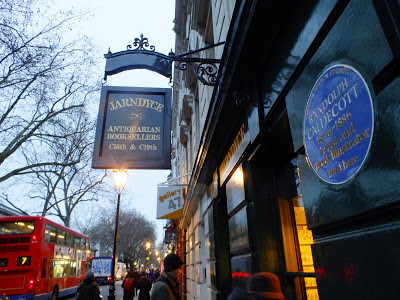 Later, as I got lost trying to find the British Museum, I found this lovely bookshop, with a most bookish name.

What I took from this day:  Just caffeinate, wear comfortable shoes and keep walking.  You're bound to see plenty of excellent old and new London.  It never really gets old to me!

Posted by Catherine at 6:00 PM