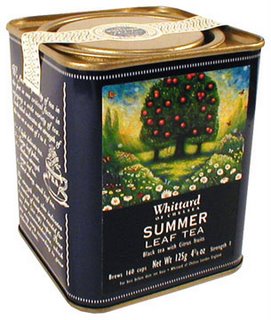 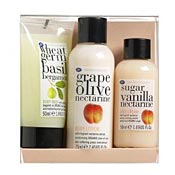 I was reading about restrictions made for flights coming into the US from the UK, where the US gov't is not allowing lotions and other liquid items from airline passengers arriving from the UK through anymore. I think they exempted medicines and baby formula.

If it was the other way around, I figured at first I'd be a little annoyed. Leaving toiletries behind can make the first day of one's trip a little sketchy. Then I thought of the positives. You don't have to worry about all the little bottles bursting on your clothes while flying over the Atlantic. Most countries nowadays have basically the same products (nothing new under the sun). And, you get to shop guilt-free on your first day.

The last point probably only appeals to select females, but it is fun. I love the different packaging on items from other countries. The UK and Ireland has Boots, one of my favorite cosmetics shops, only sold in limited supply in some Target stores here. I could spend hours in Boots. It doesn't end there, though. Whenever I enter another country (not as often as I'd like), I love to see the grocery stores, the cereal aisles, that kind of thing. The US usually surpasses in variety, though in cat food I've seen many more types of Whiskas cat food in London. Besides this I've also purchased CD's in London because of the different covers, and sometimes there's a bonus or something. I haven't done that in a while, though. The same goes for books. And basically there are no new types of teas overseas (well, maybe in Asia but I haven't been there yet) but I still love buying the tins from Whittard.

It's all marketing really. But everything is packaging, isn't it? Even web design. My blog comes in green packaging. Man, has this post come about as a result of a thwarted terrorist plot? Last days...
Posted by Catherine at 9:37 AM

A sober conclusion to ones objects of affection.
*
Its all about the packaging. First impressions. And if it looks go while being useful---worth it all the more.
I love the look of Quakers Oats. I usually keep on around just because the packaging has such a homey feeling.
*
I totally get what you mean about international supermarkets. Love it !...France rules in this department. Though I imagine Japan would as well.
Only you would notice the variety of cat food. ;)

Yes, the supermarket in Toulon was fantastic! The chocolate aisle, the cheese aisle, I could have shopped all night!

Family Market on Broadway is a good example of Japanese packaging. I love the colors, though I'd probably go for it more if I could read the characters.

Another thing to look forward to if I ever go transatlantic! But seriously, no wonder advertising is such a lucrative business. The packaging is, in fact, everything.

That first picture on your blog recalled the Harney & Sons teabags. The bags look like they're made out of a delicate screen or something--so much more fun then the kind of crepe paper of Celestial Seasonings teabags--and I have to say, just that small detail of the bag makes me happy before I've even had the tea. So much is hinged on what we see...

Wah-wah, you CAN bring toiletries - you just have to pack it in your checked luggage. But I'm not sure about overseas flying, that's only within the US because I'm flying today.

btw I passed by Communitea last night and thought of you. Didn't have the time to go in, but it looks like an adorable place.